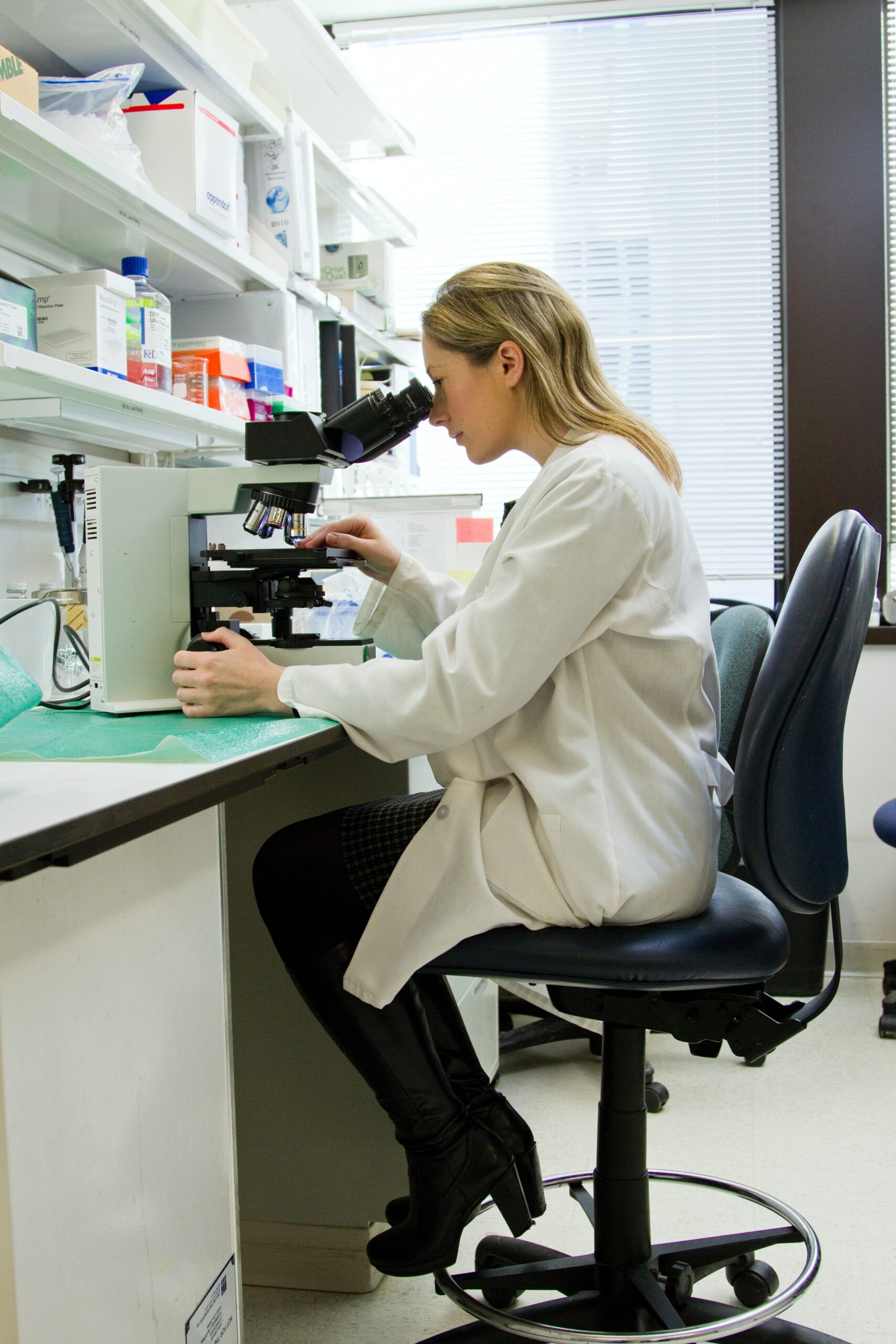 A New Generation of Precision Medicines

Skunkworx Bio is developing a new era of precision medicines where “Biology drives Innovation.” Our “Pocket Biologics” are therapeutics  derived from our antibody and small protein libraries. Skunkworx has integrated computational and bioinformatic analysis to its biology-based drug discovery paradigm.  The goal is to “accelerate” the time from discovery to moving its drug leads into formal preclinical development 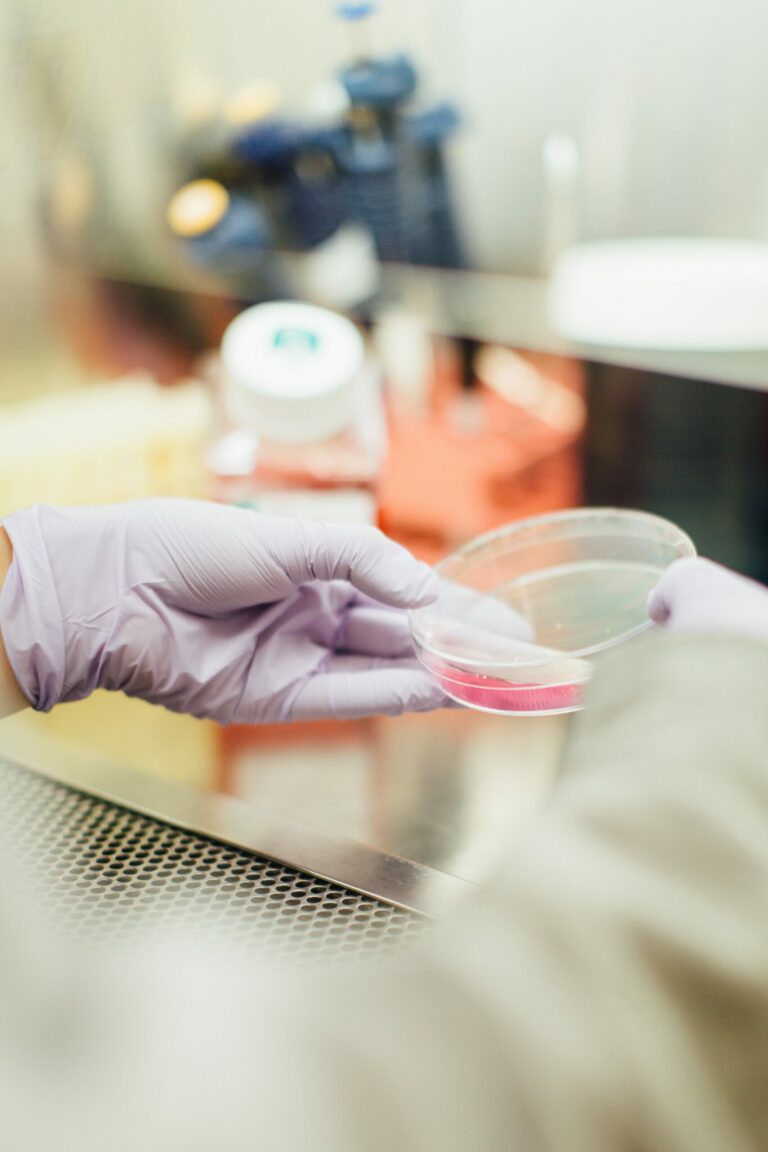 SkunkWorx has an exquisite approach for analyzing protein:protein interactions and identifying the pharmacologically active sites on proteins called HotSpots.

The diversity and size of our Pocket Protein libraries give us a unique capability to differentiate only those HotSpots relevant to disease which then allows us to rapidly develop and validate either agonist or antagonist drug leads for any disease target.

We integrate bioinformatic analysis into our drug discovery
platform to identify novel targets as well to determine if a target is “druggable”. In addition, we use a computational
approach to “improve” our therapeutic candidates and
validate those leads which bind to critical HotSpots on the
target. 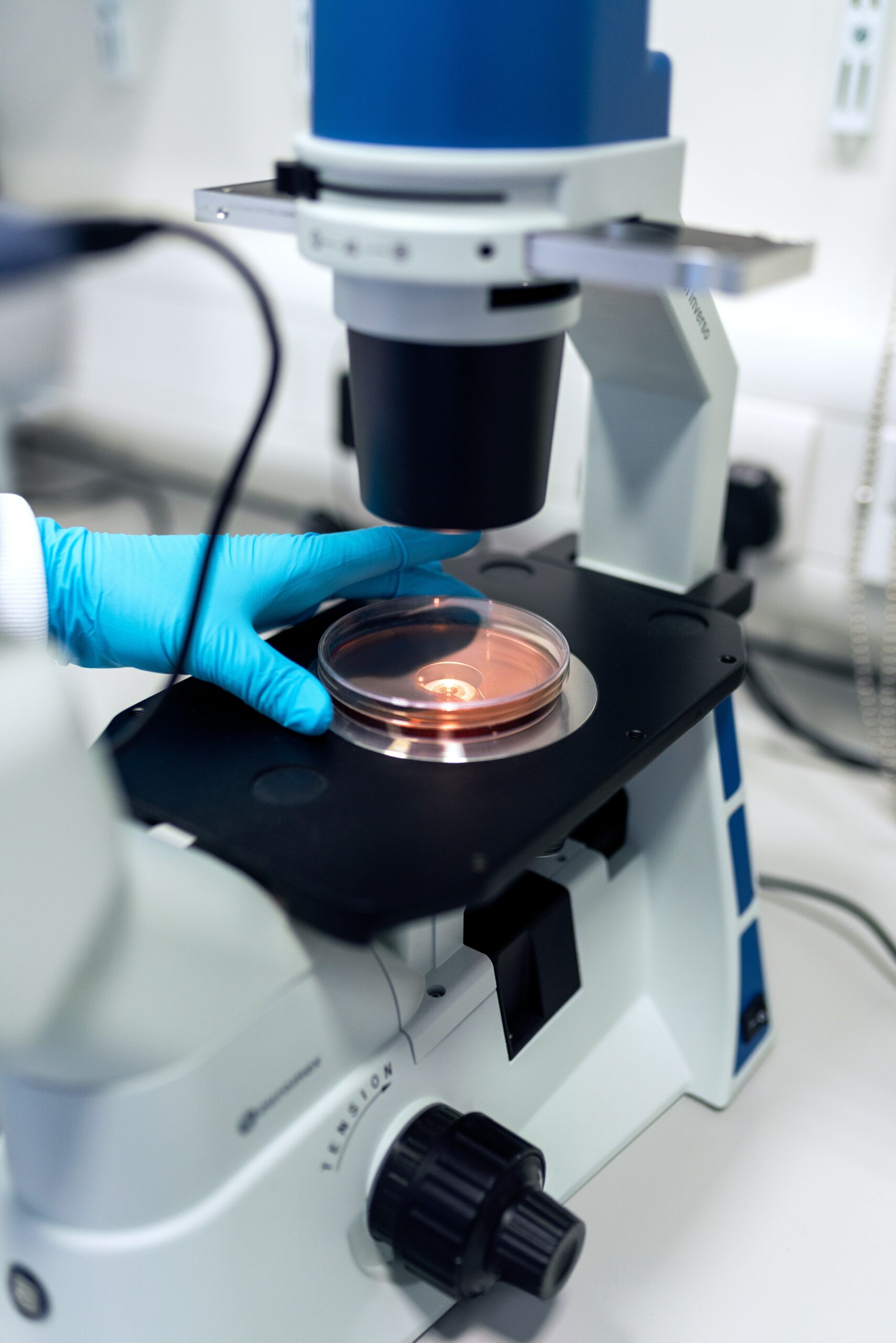 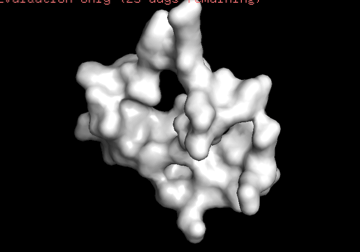 Skunkworx Bio is developing  classes of “Pocket Biologics” that are a diverse group of protein scaffolds characterized by small (2–15 kDa) size, stability and versatility for use as therapeutics in a variety of disease indications.

Pocket Proteins can have biological activity as agonists or antagonists 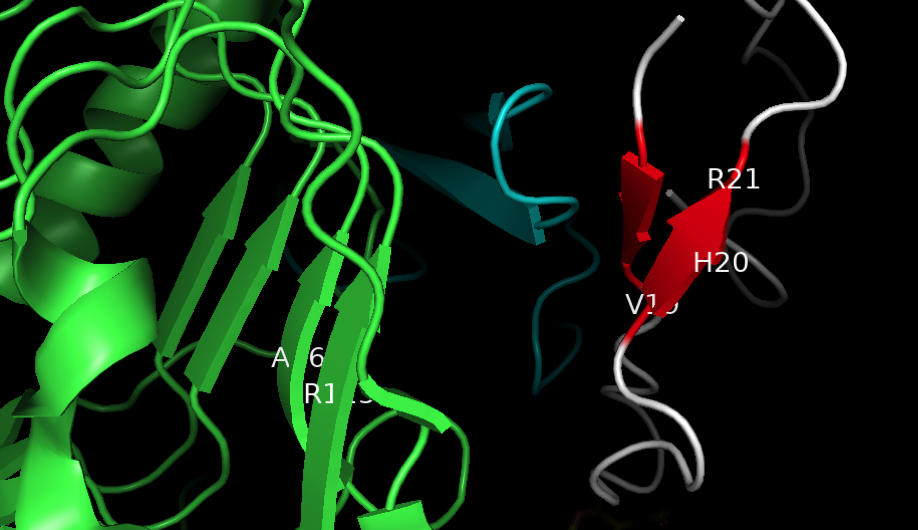 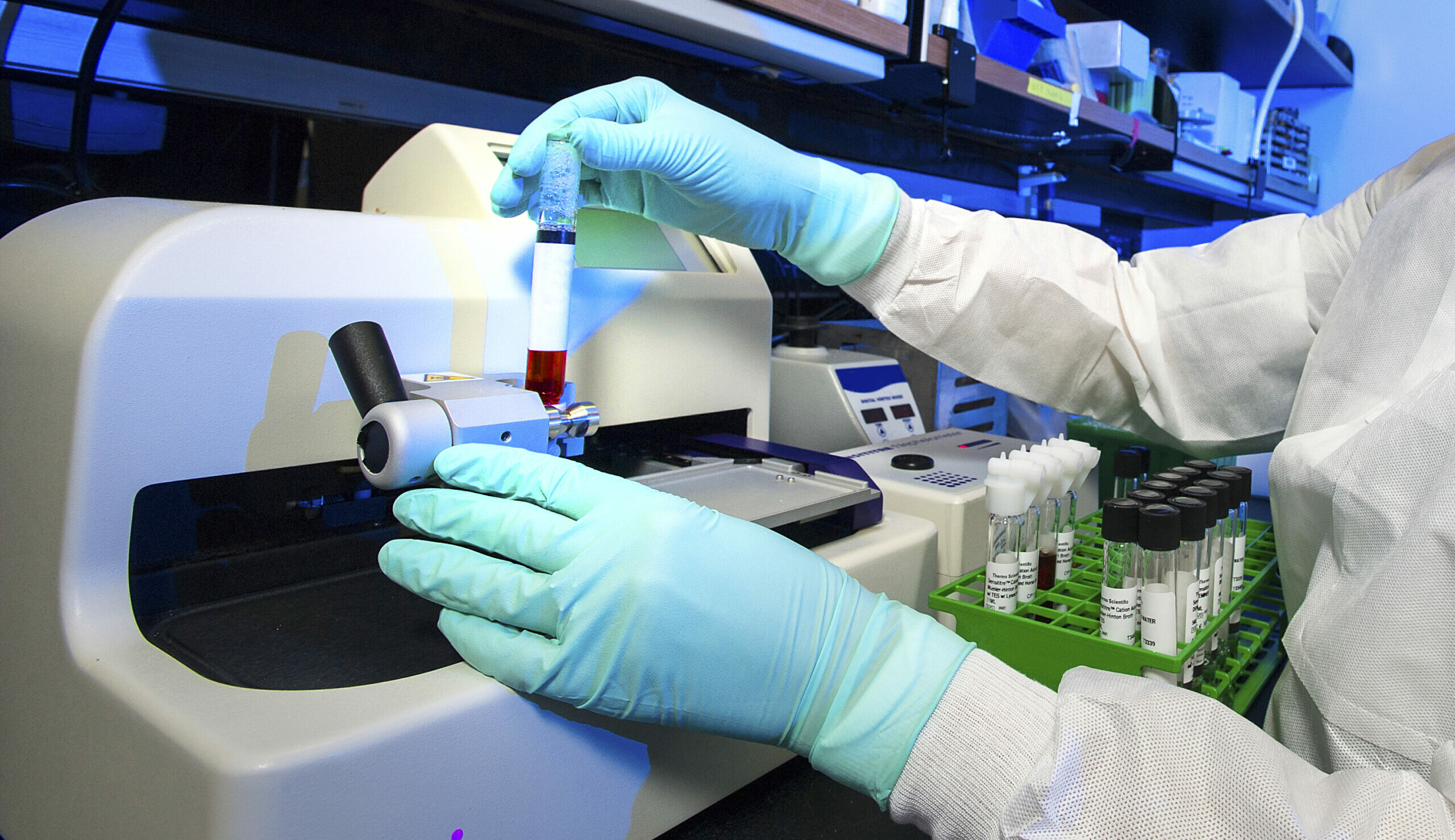 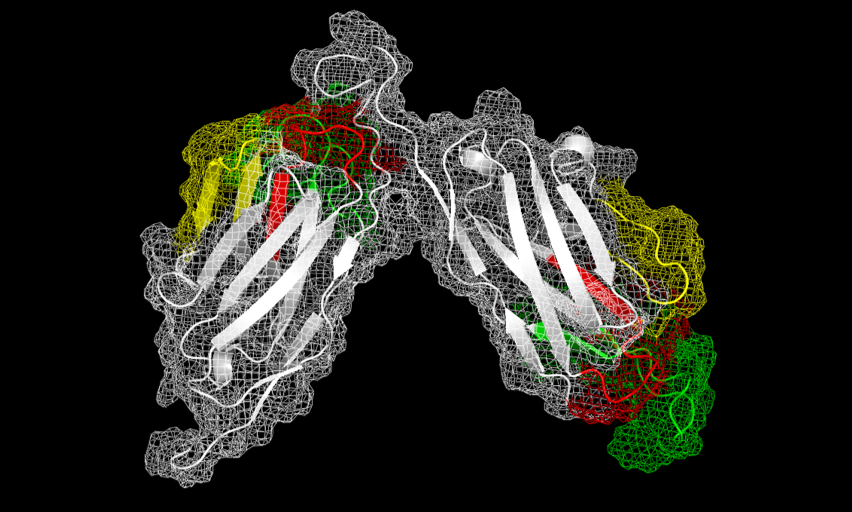 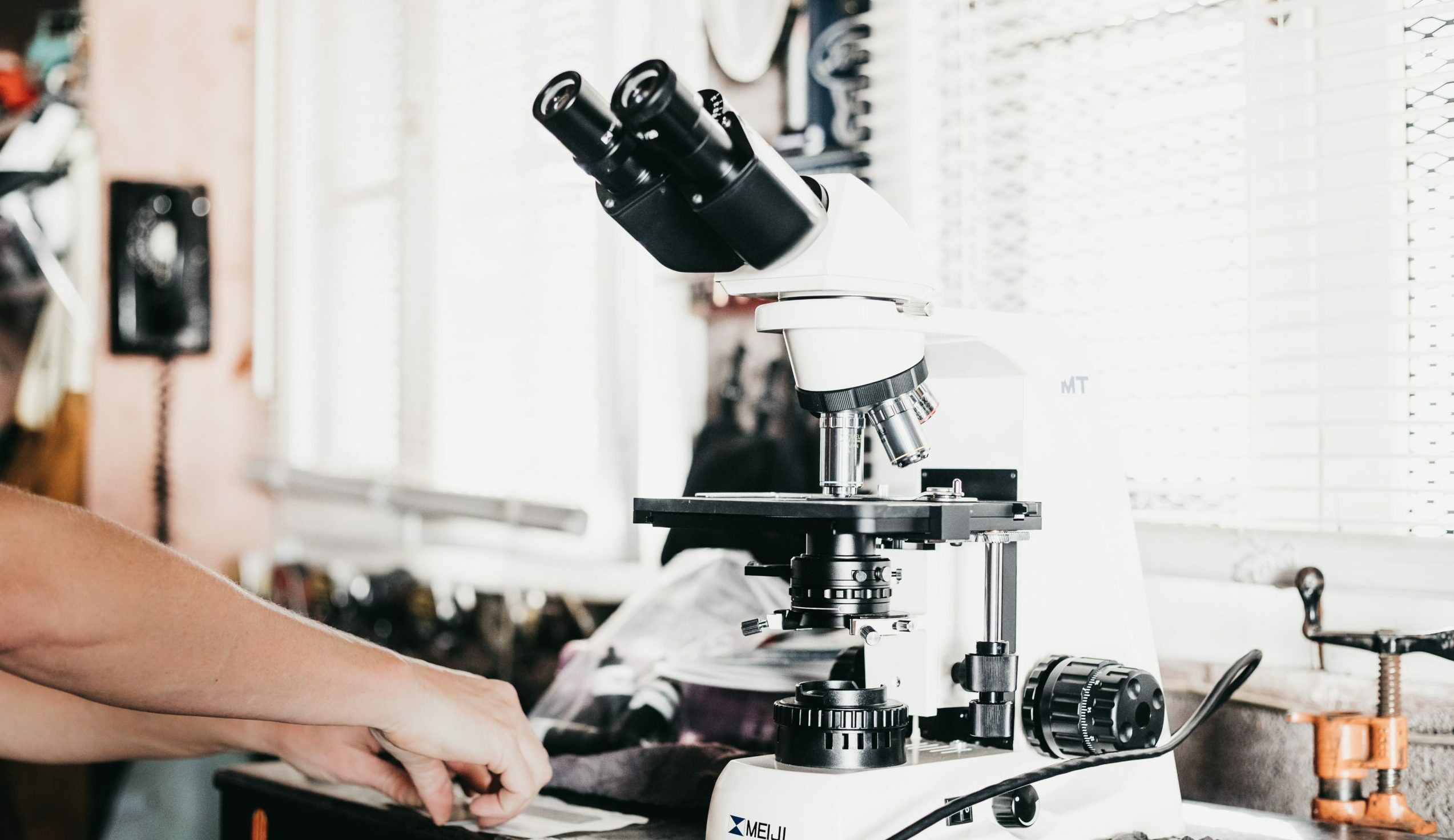 Rapid identification of bioactive molecules that can function as agonists or antagonists depending on the target and disease indication.

Immediate generation of novel composition of matter which, in the case of the PoA libraries, lie outside the normal human repertoire.

A Multifunctional Platform to Innovative Biologics

A New Generation of Biologics for Cancer & many other diseases

Potential for use in novel CAR-T approaches including solid tumors 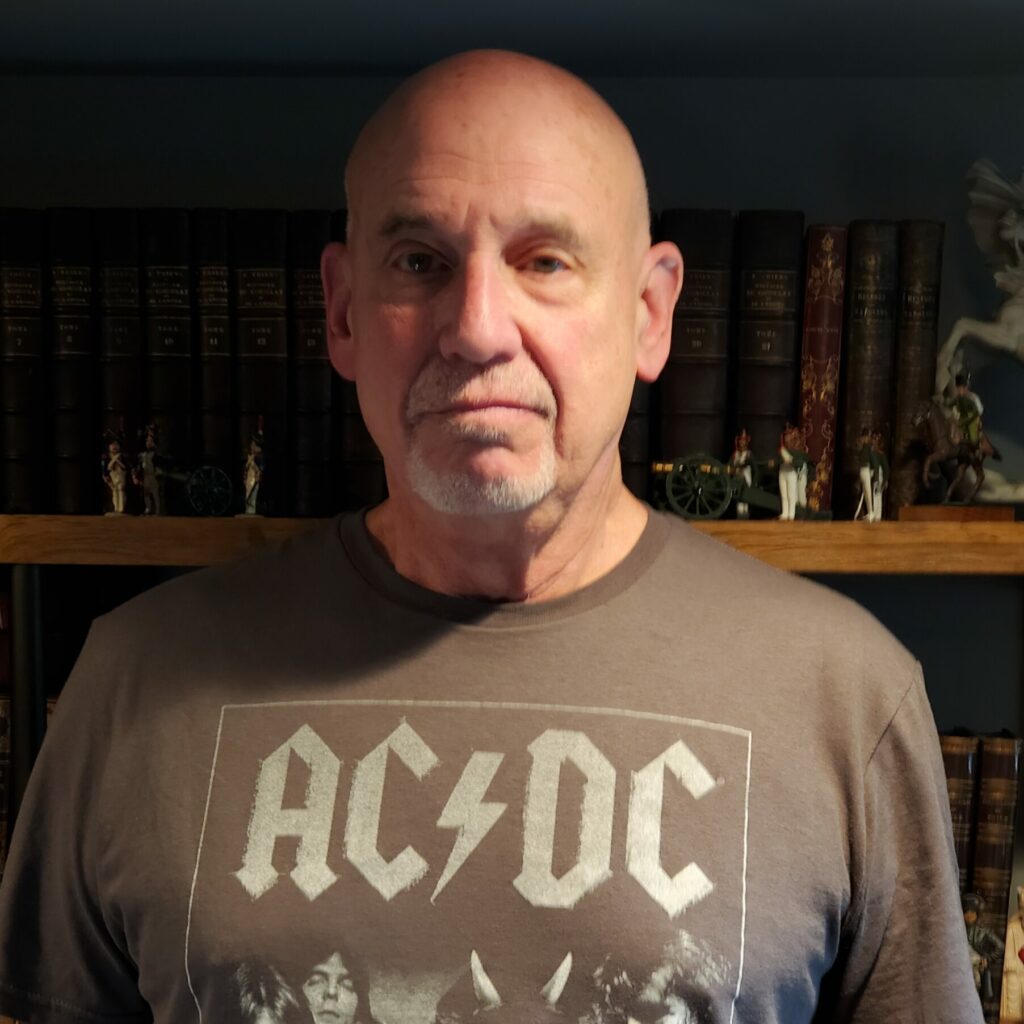 Dr. Goldstein is equipped with a unique blend of scientific expertise and management/business acumen.

He has more than 50+ years of experience as an academic scientist, research scientist, and manager within both start-up and established companies in the pharmaceutical and biotechnology industries. As a result, He has experience leveraging his knowledge of molecular biology, immunology, and drug discovery to identify new areas applicable to the diagnosis and treatment of disease.  Dr. Goldstein has co-authored 70+ publications in peer-reviewed journals and books, numerous abstracts, and was a co-inventor on 15 issued patents; He has contributed to the development of 3 drugs that are currently on the market or in human clinical trials and has developed several preclinical drug leads for oncology, autoimmunity, and immunological deficiencies.  Dr. Goldstein received his PhD in Microbiology from the Waksman Institute of Immunology at Rutgers University and did his postdoctoral work at the Wistar Institute. 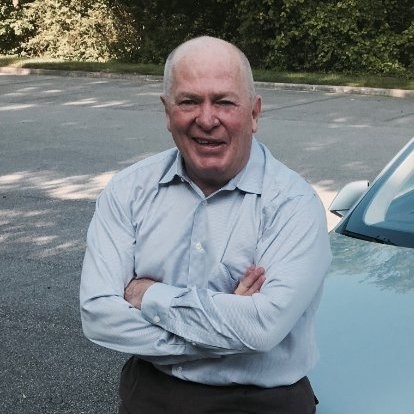 He has been chairman of the board at Palatin since June 2000 and director since August 1996. Dr. Prendergast is also president of Summercloud Bay, an independent consulting firm providing services to the biotechnology industry, and director and executive board chairman of Antyra, a privately-held biopharmaceutical firm. From 1991 through 1997, he was managing director of The Castle Group Ltd., a medical venture capital firm. Dr. Prendergast received his M.Sc. and Ph.D. from the University of New South Wales, and a C.S.S. in administration and management from Harvard University. 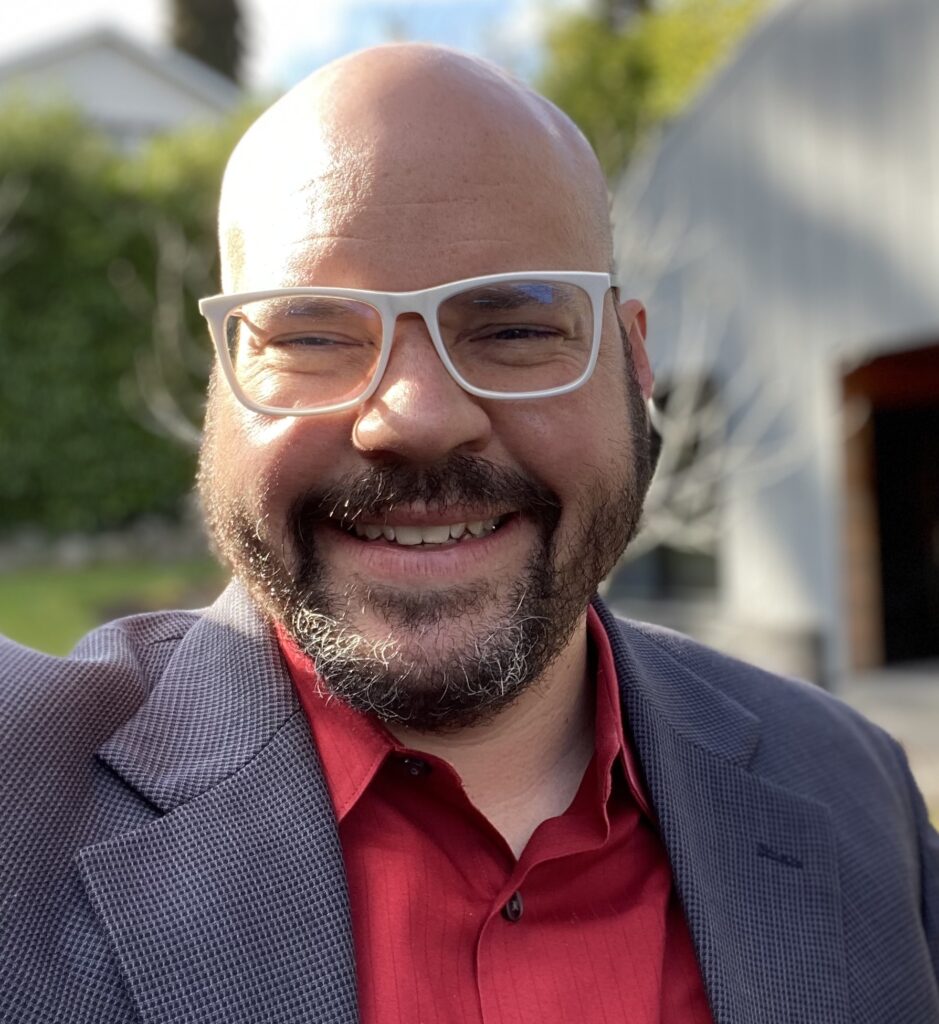 Originally trained as an immunologist and an expert in early drug development, Matt has been involved in the development of different drug modalities (biologics, small molecules, cellular therapeutics, vaccines) across multiple therapeutic areas including, GI, CNS, immuno-oncology, respiratory, inflammation and cardio-metabolics.  Matt has held former positions as Drug Discovery Team Leader at Cephalon, Global Pharmacology Project Leader at Teva Pharmaceuticals, and Oncology Program Director at United Therapeutics.  Matt is a co-inventor on several patents and has contributed to the intellectual property base of Advaxis and founding of Oncoceutics.  Most recently Matt was Director of Preclinical Pharmacology for CinRx Pharma and founding partner of BioPoint Consulting, LLC.  Matt holds a BS in Microbiology from the University of Vermont, an MSc and PhD in Immunology from the University of Rochester and an MBA from West Chester University. 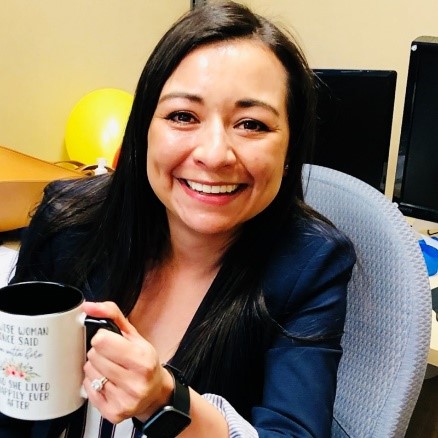 Dr. Frietze-Miller has a background in molecular biology, proteomics, bioinformatics, and neuroscience.  She received her bachelor’s degree in Biology with a minor in chemistry from the University of Texas at El Paso.

She completed her Ph.D. in Molecular Biology at Princeton University with a focus in neuroimmunology studying how classical immune proteins contribute to synaptic plasticity and brain development. Dr. Frietze-Miller completed her postdoctoral training at Weill Cornell Medicine. Her research was part of the “Children’s Brain Tumor Project” where she worked on pediatric brain cancer, dissecting the biochemical and epigenetic contributions to tumor progression in the developing brain. Following her postdoctoral work Dr. Frietze-Miller went into biotechnology working on drug discovery on immune related targets.  Since arriving at Skunkwork Bio, she has utilized molecular and computational biology to develop novel approaches for therapeutic discovery. 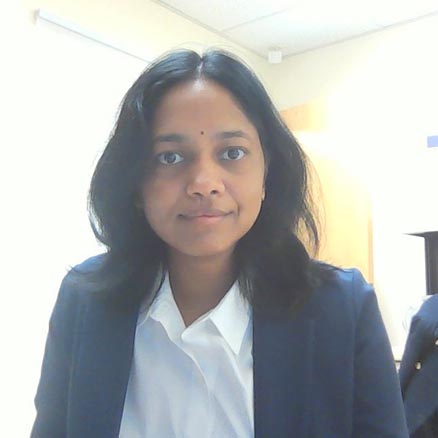 Dr. Kamala Anumukonda is a healthcare professional with a background in molecular biology and immunology. She received her MBBS form NTR University of Health Sciences in India.

She completed her Ph.D. in Cell and Molecular Biology at SUNY Downstate Medical Center with a focus in immunology studying transcriptional regulation of immune response and autophagy using mouse models. Dr. Anumukonda completed her postdoctoral training at SUNY Downstate Medical Center. Her research led to the discovery of novel Heavy chain-only antibody genes in elephant shark. Since joining Skunkworx Bio, she has utilized molecular cloning techniques to develop new drug targets against infectious diseases. When not at the lab bench you can find her experimenting with new recipes in her kitchen. 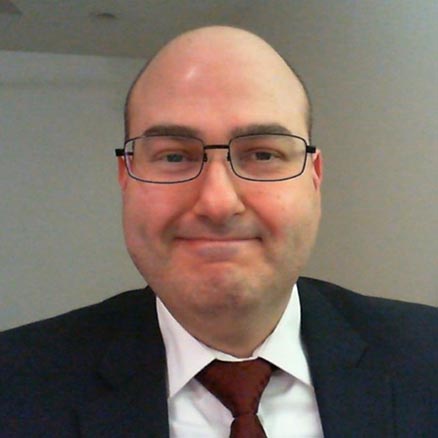 Joshua Wayne is a cell biologist with over 12 years of experience in academic settings, biotechnology start-ups, and S&P 500 companies.  His broad experience in applied cellular signaling research ranges from therapeutic large molecules for orphan diseases to addressing unmet needs in the immunology space.

Areas of expertise include in-vitro assay development and the implementation of laboratory automation in support of High-throughput Screening campaigns in drug discovery.  An avid angler, when he is not in the lab, you can find him out on the water fishing.  Mr. Wayne received his Master of Science Degree from Johns Hopkins University, Krieger School of Arts and Sciences. 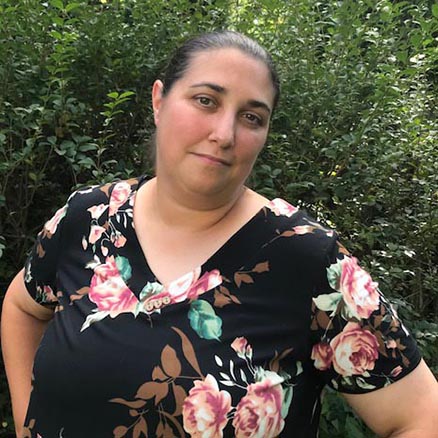 Leigh-Ann Ricks joined Skunkworx as a Research Associate II in July 2021.  She is excited to be a part of a company that is cutting-edge and pioneering.

As a highly-trained individual with over 20 years of molecular lab experience, Leigh-Ann likes the “hands-on” work of being in the lab.  Expression cloning procedures, DNA preps, PCR, as well as general lab maintenance are among her responsibilities. She graduated from the University of Delaware with a biology degree. She is married with two daughters.  Mrs. Ricks is an avid sports fan and coaches her daughters’ softball teams 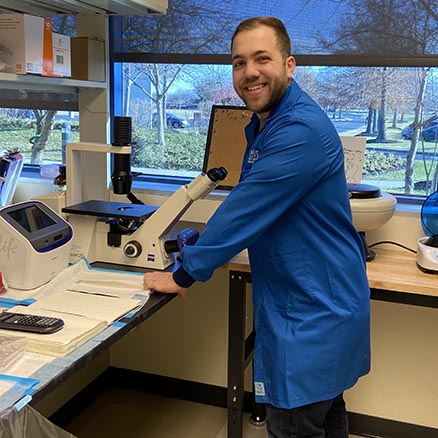 Matthew Kayal has a background in biomedical sciences as well as experience with computational neuroscience and gene sequence analysis.  He received his bachelor’s degree in Biology from Saint Joseph’s University and continued his studies at the Philadelphia College of Osteopathic Medicine, where he received his Master of Science degree.

Simultaneous to his studies, Matthew performed a series of computational experiments to analyze the potential for a drug therapeutic to act at the sodium-calcium exchanger in cerebellar purkinje neurons. Furthermore, he dedicated his time to extensive research on the quantitative analysis of pelvic lymph nodes in cadaveric specimens. As part of his capstone, he authored a manuscript comparing the surgical techniques for lymphedema management. Matthew is an avid skier, fisherman, and golfer who enjoys devoting his time outside of the lab to take part in these activities with his friends and family. 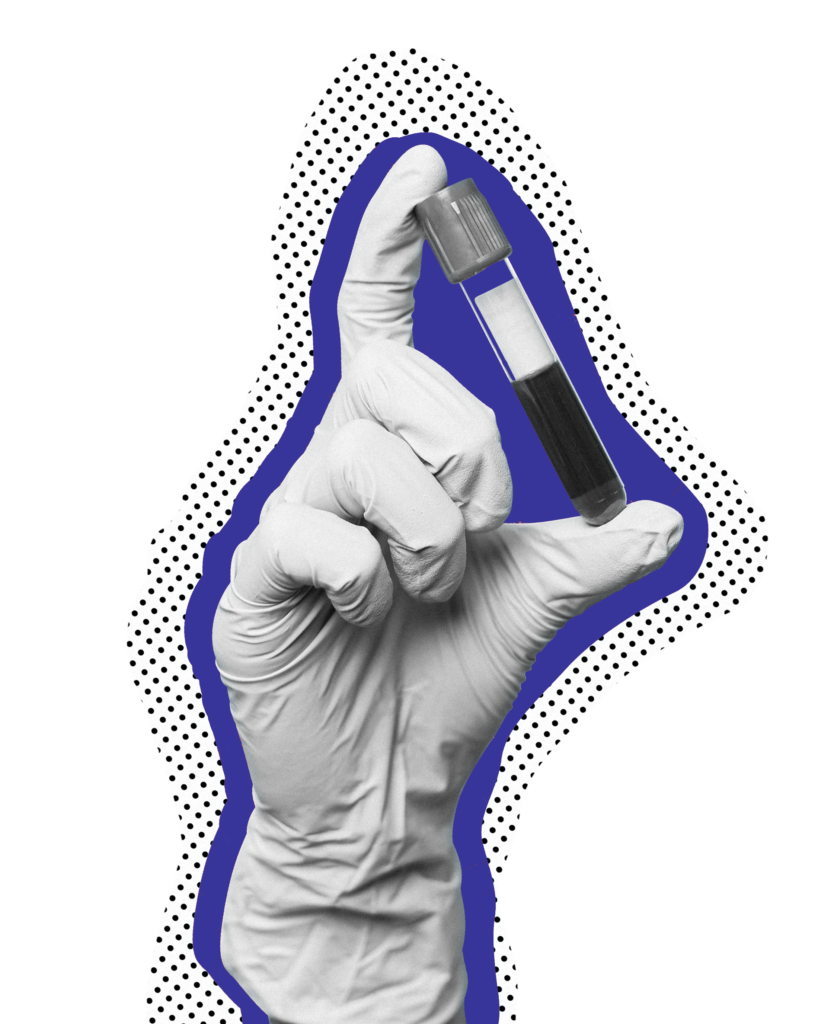 Fill out the form below to get in touch